PLAYERS ARE RESPONSIBLE FOR THEIR OWN ACTIONS Action in turn will be binding as well as action causing action.

MANAGEMENT DECISIONS ARE FINAL All games at Texas Card House follow the World Series of Poker (‘WSOP’) rules for cash and tournament games, except as stated on our website or below.  Management reserves the right to make decisions in the best interest of the game and fairness as the top priority in the decision-making process, even if a strict interpretation of the rules may indicate a different ruling.  A member who commits an infraction should not profit from it and, conversely, a member who has done nothing wrong should not be placed at a disadvantage.

ENGLISH ONLY AT THE TABLE Only English may be spoken at the table while cards are in play.

THREATS, ARGUMENTS, INSULTS AND CURSING Discourteous behavior, disrespect towards staff and other members, or abusive language, will not be tolerated, and may result in removal from the club.

COLLUSION Collusion of any kind may result in ejection from the club.

WAIT LIST Members who have called in or put their name online will have 1 hour to check-in before their name is removed from the wait list.  If you have not checked in and a seat becomes available, the next player on the list will be offered the seat.  Your spot on the wait list will be retained.

SEAT AND GAME CHANGES Seat changes will be granted by table seniority, once a member has changed seats, they will lose their seniority.  Players moving away from the blinds must post or wait, players moving closer to the blinds, may be dealt in for free.  Game changes will be available on a first come, first serve basis; players may only move from a full table to a short table.  Players must bring all their chips when changing tables.

MUST MOVE GAMES Main games will never have more than 2 open seats when a Must Move game is active.  Players being moved from the Must Move to the Main Game must move immediately, unless in their small blind or button.  When arriving to the Main game, players do not have to post.  All chips must be brought to the Main game.

AWAY FROM THE TABLE Players with chips who are away from the table for more than 30 minutes may be picked up.  Meal (extended) breaks can be requested and must be granted by the floor staff.  A vacated seat will be held up to 15 minutes without chips before being given away.

ACTIVE BUTTON The button will always move to an active seat.

ONE SMALL ONE BIG There will only be one small blind and one big blind for each hand.  Posting or making up blinds do not count towards the one small and one big rule.

MISSED ONE, MISS BOTH When a player misses either blind, they must make up both blinds to be dealt in or wait until their big blind.

VERBAL DECLARATIONS Verbal declarations in turn may be binding.  Action out of turn will be binding if the action to that player has not changed, a call, fold, or check does not change action.

PLAYER RESPONSIBLITY Players are responsible to always protect their action and cards.  If a dealer skips a player, it is the player’s responsibility to protect their action by calling attention to the dealer immediately, once significant action has occurred, the player may lose their option and may have a dead hand.  If a dealer kills an unprotected hand, it will be ruled dead and there will be no redress or money returned.

NO GOING SOUTH/NORTH Players may not remove or add chips during a hand.  Doing so may lead to removal from the club and or permanent ban.

CHIPS AND CARDS Chips and cards should always remain on the table.  Members must always keep their cards and higher denomination chips visible and identifiable not doing so may result in a dead hand and or, not getting full action on their chips.

RUNNING IT MULTIPLE TIMES Hands will be allowed to be run multiple times (up to 3) as long all players are all-in and there is no other action, and all players in that pot agree to running it multiple times.  Players wanting to run multiple boards, must agree to run the same number of boards for each pot they are involved in.  It is the player’s responsibility to initial running multiple boards.  No conditional situations or other deals will be allowed.

BOMB POTS Bomb pots are double board, dealer choice between No Limit Hold’em or Pot Limit Omaha only.

POT LIMIT In Pot limit, the opening raise will be up to 5 times the big blind, and after the flop, the pot will be rounded up to the next $5 increment.

PHOTOS/VIDEOS No photos or videos are to be taken at the table without the express consent of Texas Card House.

NO SMOKING OR VAPING Smoking and or vaping will not be allowed in Texas Card House. 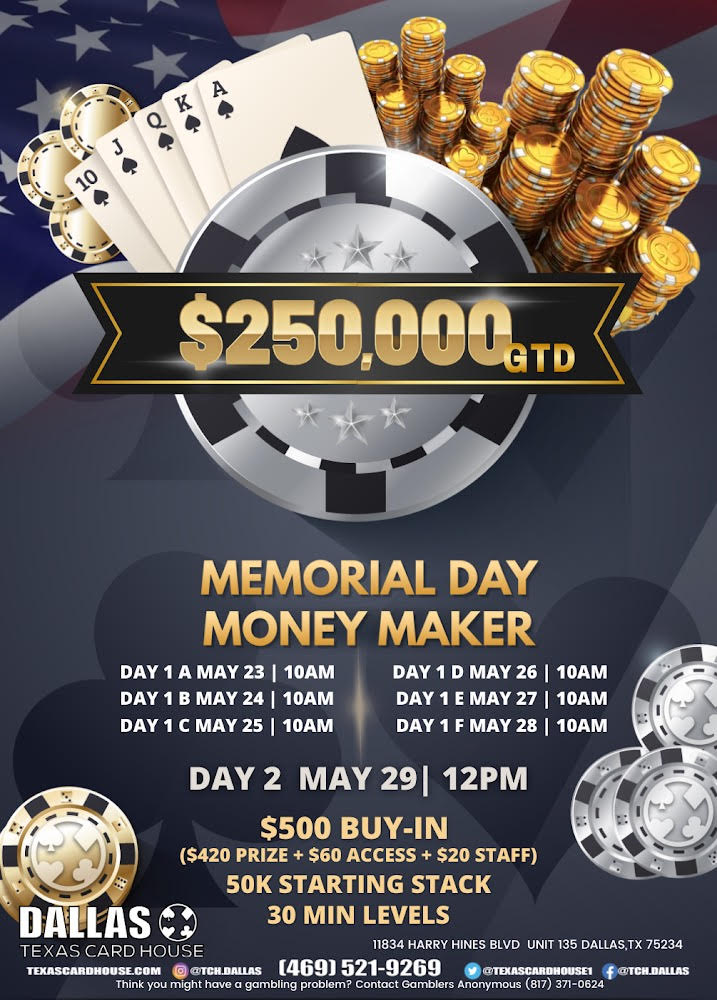 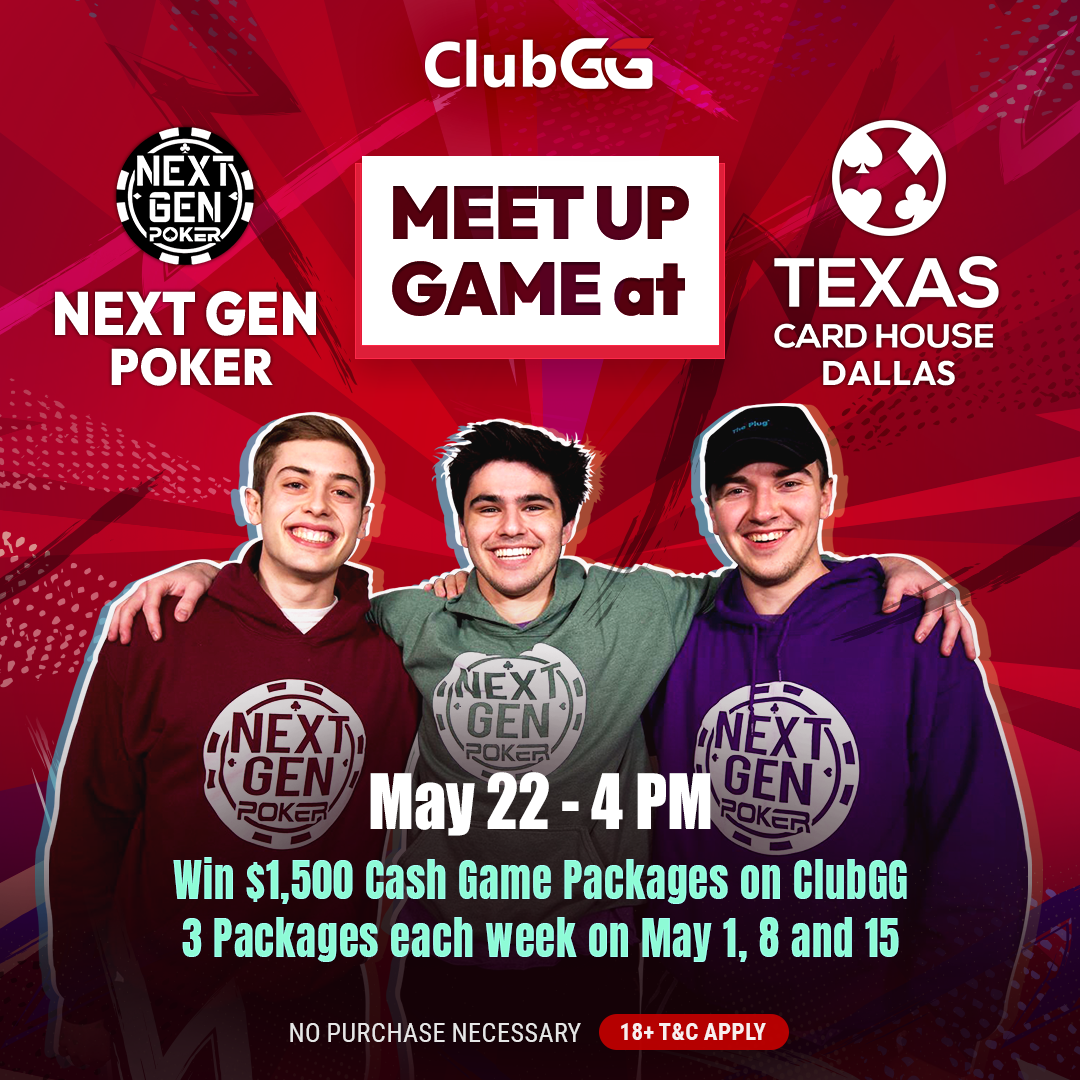 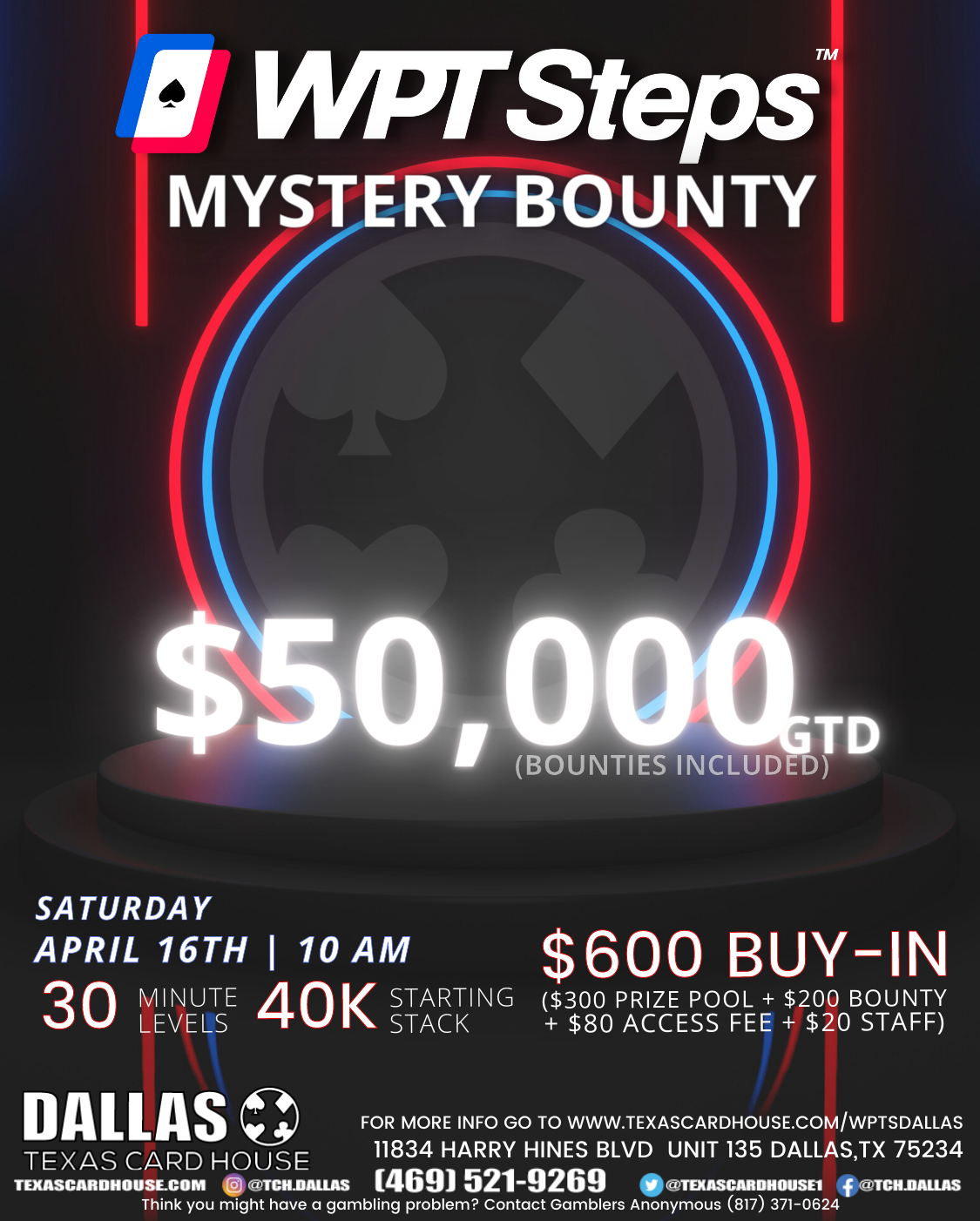